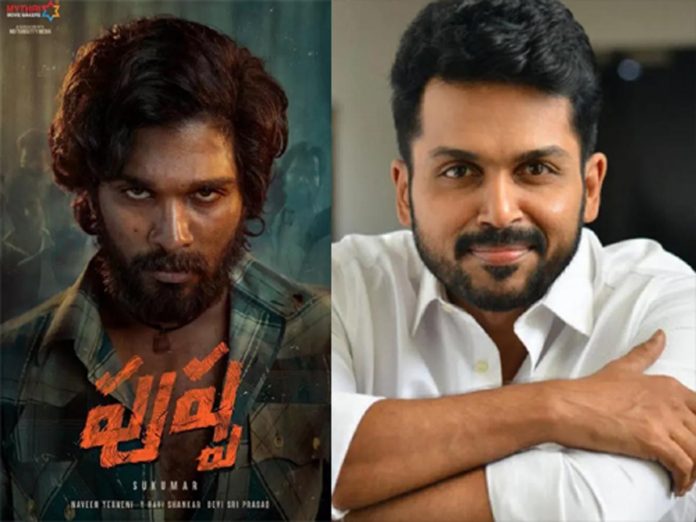 Creative Mind Sukumar’s Pushpa The Rise is not only minting huge money at the box office but also praises for the Icon star Allu Arjun. Right from cricketers to top filmmakers have been lauding Allu Arjun for the brilliant portrayal of Pushparaj.

After Karan Johar, now the versatile star Karthi who has been enjoying a huge fanbase in Tamil and Telugu has appreciated Allu Arjun for the arresting performance as Pushpa. He also lauded Sukumar for capturing this film on top-notch.

Despite the film being released on OTT, it was running brilliantly at the box office. In Hindi, Pushpa transcended the 80cr mark. With Pushpa, Allu Arjun emerged as the pan India star.