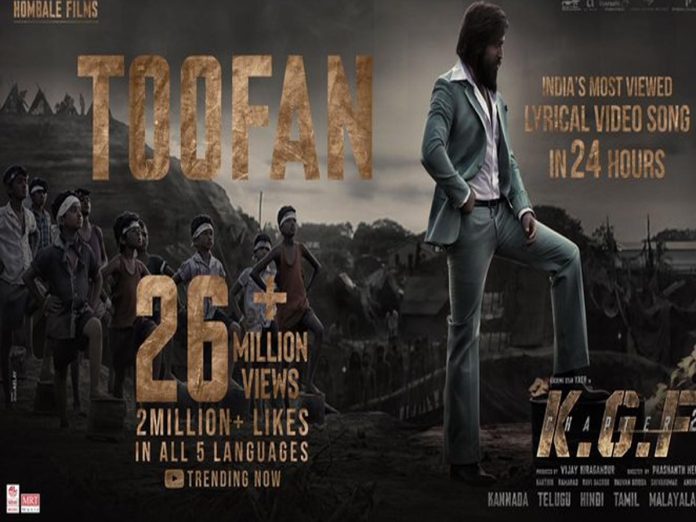 Rock Star Yash and the director Prashant Neel have started promotions of India’s most awaited movie KGF Chapter 2 with the first song ‘Toofan’. Toofan was released yesterday and it sent a strong message to the box office to brace for the unimaginable impact.

Toofan became the most viewed Indian song. Hombale Films announced that Toofan got 26 million views in 24 hours with more than two million likes in all languages.  Telugu and Kannada versions of Toofan have almost got equal views.

The music director Ravi Basrur has given the powerful tune. The listeners witness goosebumps while listening to Toofan. This song is penned by Ramajogayya Sastry. The trailer of KGF 2 will be released on 27th March at 6:40 PM.