Keerthy Suresh’s ‘Gandhari’ song is out! 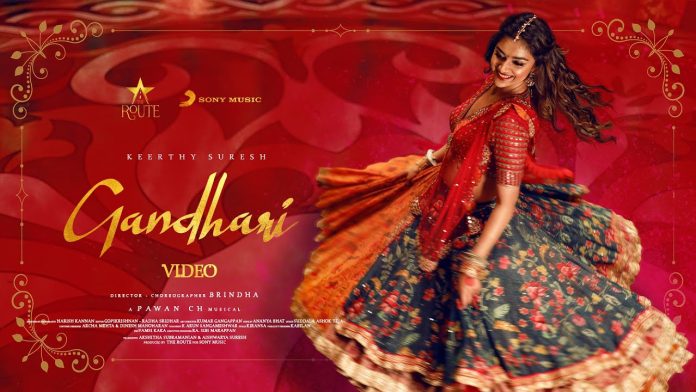 ‘Gandhari’, a private song starring Keerthy Suresh in a dance-heavy avatar, was released today. Choreographed and directed by dance choreographer Brindha (who is debuting as a director with ‘Hey Sinamika’), the song is written by Suddala Ashok Teja and sung by Ananya Bhat.

Releasing the song, Sony Music today said, “The moment we have been building up to is finally here! Presenting to you the grand and glorious music video of Gandhari composed by Pawan Ch.”

Pawan Ch last year made a debut as a music director with Sekhar Kammula’s ‘Love Story’.

The ‘Mahanati’ actress was recently seen in ‘Good Luck Sakhi’, which turned out to be a box-office flop.