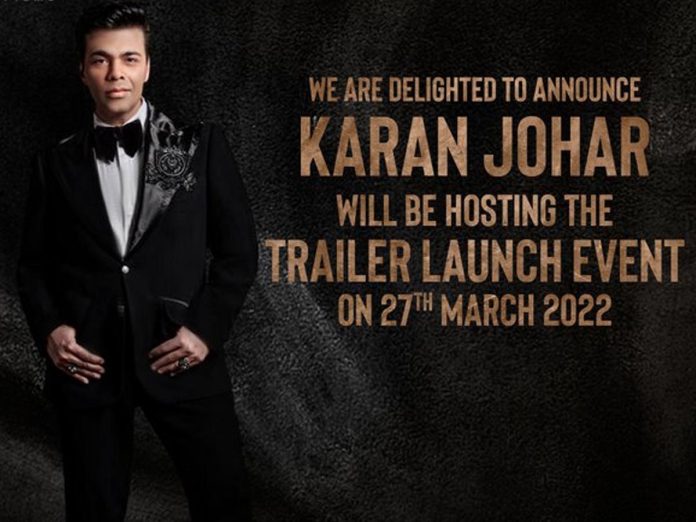 After RRR, the entire nation is excited for the release of Yash and director Prashant Neel’s KGF Chapter 2. Already, the team made a massive announcement that the KGF 2 trailer will be launched on 27th March at 6:40 PM.

A few moments ago, Hombale Films confirmed that Bollywood top producer Karan Johar will host the trailer launch event of KGF Chapter 2. And also revealed that Superstar Shiva Rajkumar is the chief guest.

Earlier, Karan Johar hosted the RRR pre-release event in Mumbai. And now he has been hosting the KGF 2 trailer launch event. And the Shivanna also graced RRR Kannada pre-release event as Chief Guest and now, he is coming for KGF Chapter 2.

KGF 2 will be released across the globe in multiple languages on 14th April 2022.