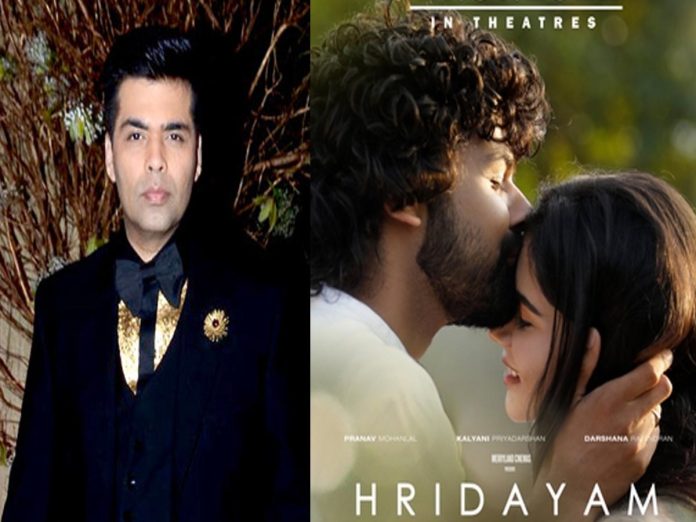 Bollywood top filmmaker Karan Johar has bought the remake rights of Malayalam’s 2022’s sensational hit ‘Hridayam’. This coming of age drama was released on 21st January 2022 in Malayalam and got love from both movie lovers and critics. And it became the 2022’s biggest grosser of Malayalam.

KJO bought Telugu, Tamil, and Hindi remake rights of Hridayam. In the original, Legend Mohanlal’s son Pranav and Kalyani Priyadarshani were the lead actors. Karan confirmed it by releasing an official statement.

As per our sources, Akhil Akkineni will reprise Pranav Mohanlal’s role in Telugu and Dhruv Vikram in Tamil. Regarding this, an official announcement is expected soon from Dharma Productions.