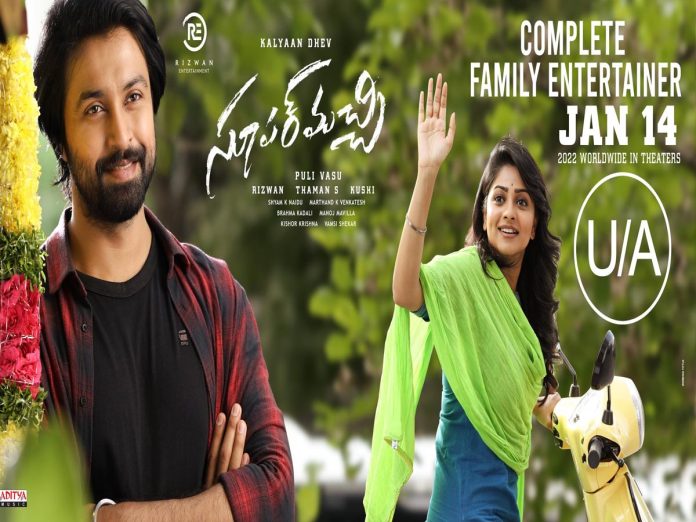 ‘Super Machi’ is the silent Sankranthi release. Slated to hit the cinemas on January 14, the film is fronted by Kalyaan Dhev, the son-in-law of Chiranjeevi. This one is getting released in theatres ahead of his other movie, ‘Kinnerasani’.

Starring Sandalwood beauty Rachita Ram as the heroine, the film is directed by Puli Vasu. It seems the female lead has got a prominent part in the story, given that ‘Super Machi’ is a love story in the main.

Both Rajendra Prasad and VK Naresh have got emotional parts, while Ajay has a negative role after he played one in ‘Pushpa’. The ‘Nata Kireeti’ was recently seen in ‘Senapathi’, while Naresh will be seen in this festival season’s other release, ‘Hero’, as well.

Thaman has composed the music, while Shyam K Naidu has cranked the camera. ‘Super Machi’ was supposed to hit the cinemas in 2020.