Kalaavathi is now the fastest liked song in Tollywood 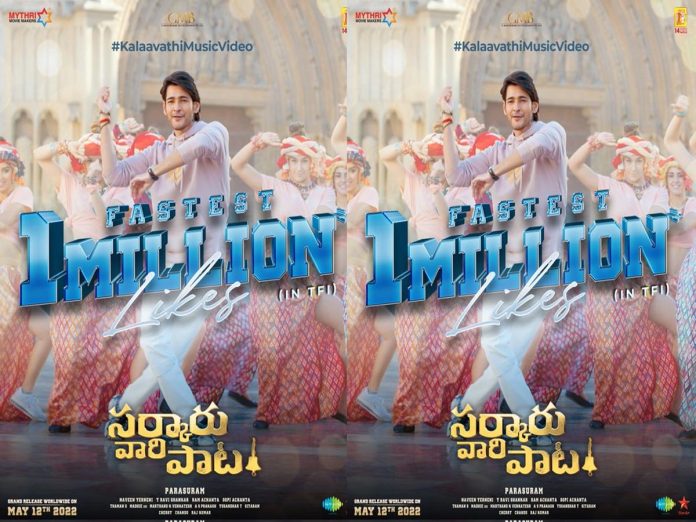 Even though the song of Kalaavathi has been leaked a couple of days earlier, it has set new records on YouTube. The Kalaavathi which started creating new records with the fastest 100K liked song has become the most viewed song in 24 hours by breaking Bheemla Nayak title song records.

This amazing melody is unstoppable and it has been continuing its record-breaking spree. Kalaavathi from Sarkaru Vaari Paata is the fastest one that got one million likes.

Earlier, Pawan Kalyan’s Bheemla Nayak was the fastest one in Tollywood that got a million likes in 101 hours whereas Kalaavathi did it in 68 hours 27 minutes. The fans of Mahesh have been enjoying the super sensation of Sarkaru Vaari Paata’s first single.

Share
Facebook
Twitter
Telegram
WhatsApp
Previous articleExciting buzz over Bheemla Nayak trailer and pre-release event dates!
Next articleNBK to romance the latest sensation in his next!