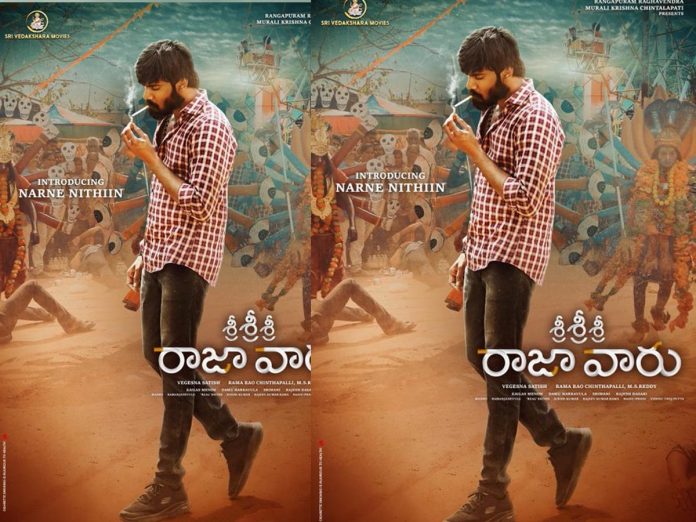 For some years, there have been news of Tollywood debut by Young Tiger NTR’s brother-in-law, Narne Nithiin, who was the brother of Lakshmi Pranathi. Regarding this, no one has asked NTR as well as they also didn’t talk about it.

Now, it is finally happening. From Tarak’s family, a hero was all set for Tollywood debut. Today, the first look of Narne Nithiin and the movie title is also revealed as ‘Sri Sri Sri Raja Varu’.

The film is produced by Rama Rao Chintapalli and MS Reddy under Sri Vedakshara Movies, written and directed by Vegesna Sathish. Soon, the team will provide further details about this movie.