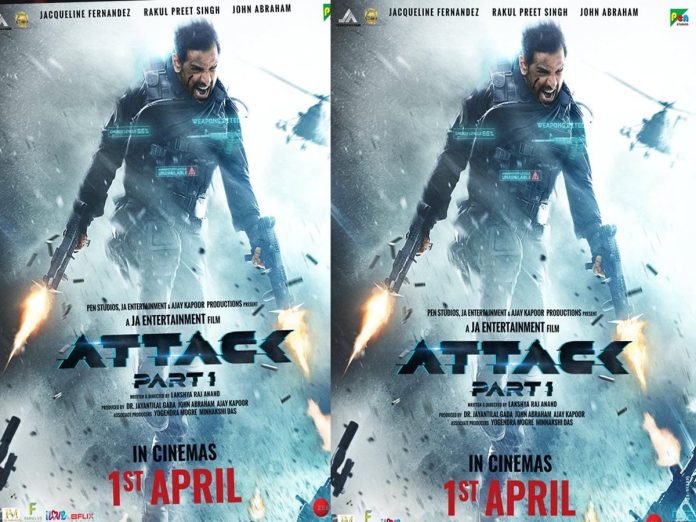 Bollywood Macho Hero John Abraham’s Attack part one is scheduled for the grand release on 1st April 2022. Like many films, Attack release was also postponed due to Covid several times earlier.

The trailer of Attack will be released tomorrow in an event in Mumbai. In this action thriller, John Abraham is playing the role of super soldier for the first time in his career. John’s last film Satyameva Jayate 2 was unable to meet the expectations of fans and movie lovers.

Attack releases on 1st April 2022 all over the world.