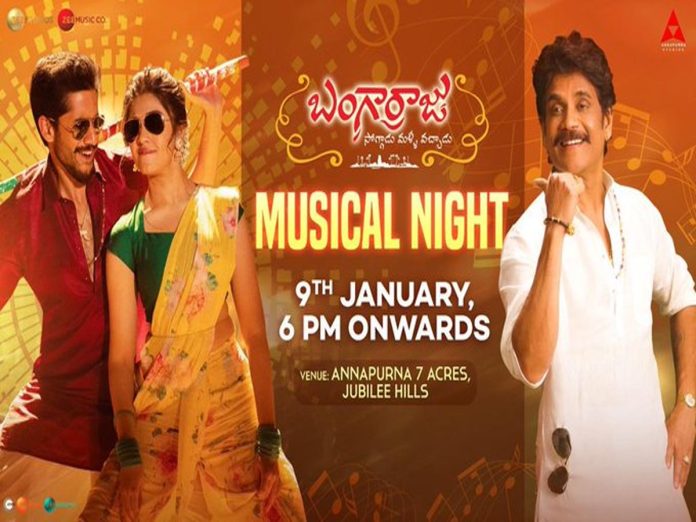 Due to the covid surge and restrictions across the nation, pan India films RRR, Radhe Shyam which were scheduled for the grand Pongal release were postponed.

Seasoned star Nagarjuna’s Bangarraju got the clear way for this Pongal season. It was the only notable release for this Sankranthi amid many small films. Already, Bangarraju became successful in attaining positive vibes with its promotional content.

Today, it’s time for Bangarraju musical night at 6 PM, Annapoorna 7 acres, Jubilee Hills, Hyderabad. Whatever the songs released so far have got a great reception. Music director Anup Rubens has given wonderful music for Bangarraju. It is a sequel to 2016′ Soggade Chinni Nayana.