It’s official now, these gorgeous ladies are part of Ravanasura 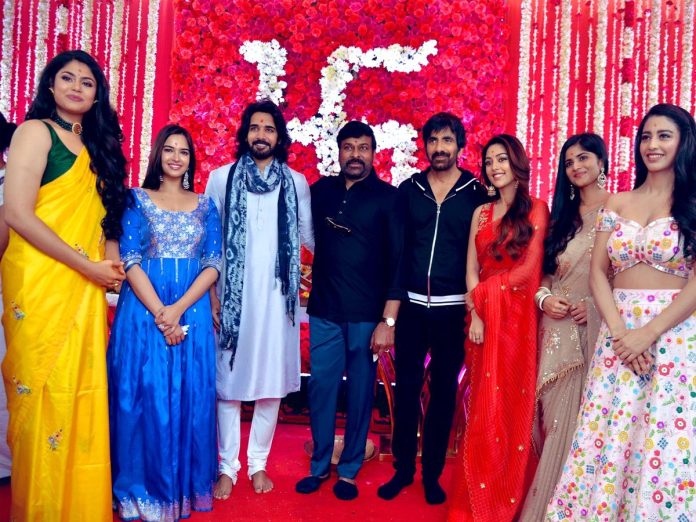 The most awaited project of Mass Maharaja Ravi Teja’s Ravanasura has launched officially with a traditional pooja ceremony. Megastar Chiranjeevi has graced the occasion as the Chief Guest.

In Ravanasura, Akkineni Hero Sushant is playing the role of Ram. Today, clarification over the female leads has been out. Earlier, there were rumours that Megha Akash, Anu Emmanuel, Fariah Abdullah were said to be part of Ravanasura.

Anu Emmanuel has confirmed her association whereas Megha Akash confirmed by retweeting Ravi Teja’s post with Pongal wishes. Well, the main story has been revealed by the pooja ceremony photos.

Daksha Nagarkar and Fariah Abdullah are also part of this crazy project. The shooting of Ravanasura will start this month and the movie will be released on 30th September 2022.