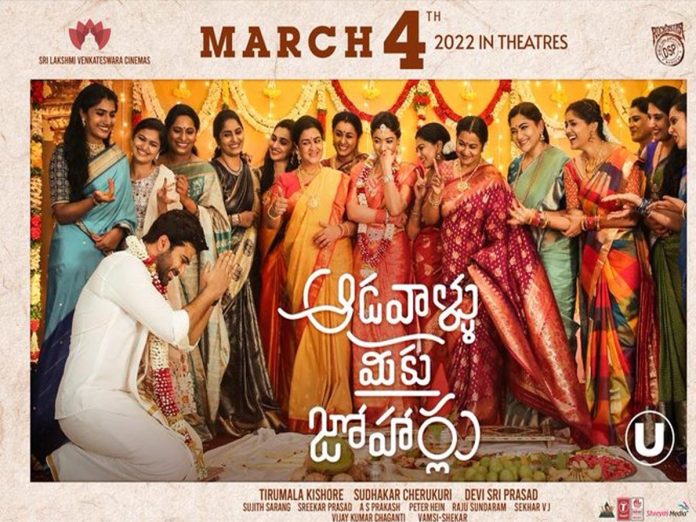 As reported earlier, Sharwanand and director Kishore Tirumala’s Aadavallu Meeku Joharlu movie has been avoided the clash with Bheemla Nayak like Varun Tej’s Ghani. It was known that Ghani was postponed first and it was expected to be released on 8th April 2022.

Aadavallu Meeku Joharlu confirmed that they are coming to entertain with clean entertainment on 4th March 2022. This sensible family entertainer’s censor formalities are completed and given U certificate.

As per the reports, the CBFC members were impressed with AMJ. If the movie isn’t postpone, today, there is a trailer launch event at Shilpakala Vedika with Keerthy Suresh and Sai Pallavi as the Chief Guests.