” I have never been concerned about milestones”- Virat Kohli 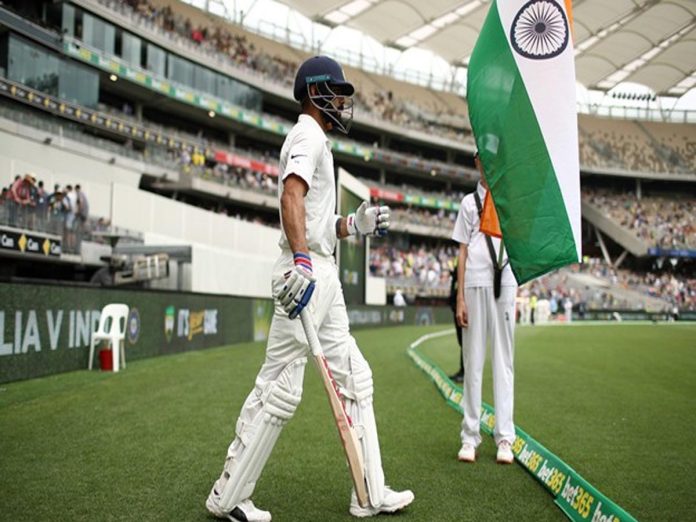 India’s Star Cricketer Virat Kohli didn’t make it big today. King Kohli who looks confident and playing brilliantly has departed for 44(76). On his 100th Test match, Kohli surpassed another milestone of scoring 8,000 Test runs. He is the sixth batsman to achieve that feat in the history of Indian cricket after Sachin Tendulkar, Sunil Gavaskar, Rahul Dravid, and VVS Laxman.

Post match press conference, Virat Said that he has never been concerned about milestones and he only thinks of contributing to the team by making consistent runs. As quoted by Sports analyst, CricCrazy Johns, Virat Kohli said “I told Rahul bhai that I am feeling like I am making my debut for India. I didn’t realise the magnitude of the occasion until I reached the ground. It was a special moment”.

Virat Kohli said “Playing 100 Test matches has been a Test for me, which has been passed today. I have been really proud, only missed a few Tests due to injuries in my career”. He also said that he will play cricket until his body and fitness supports him. He said he’ll keep playing with the intent of making India win each and every time.