Hrithik will join Salman and SRK in the spy universe! 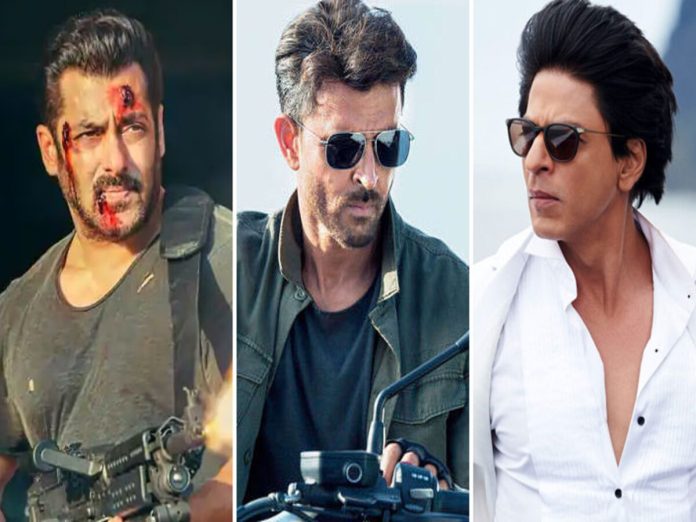 According to the Bollywood media reports, Tiger, Kabir, and Pathan will meet like Avengers and three spideys in Spider-Man No Way Home. It was known that Tiger(Salman) will meet another spy SRK in Pathan. And this part shoot was concluded. The release of Tiger 3 and Pathan was interlinked.

YRF Chief Aditya Chopra planned to bring these three biggest superstars Hrithik, Salman, and SRK in a movie. Probably, this congregation of Kabir, Tiger, and Pathan will happen after WAR 2. At Present, the YRF team is busy with the script of WAR 2.

Pathan is directed by Siddharth Anand and Tiger 3 is by Maneesh Sharma. And both these spy thrillers were in the last leg shoot.