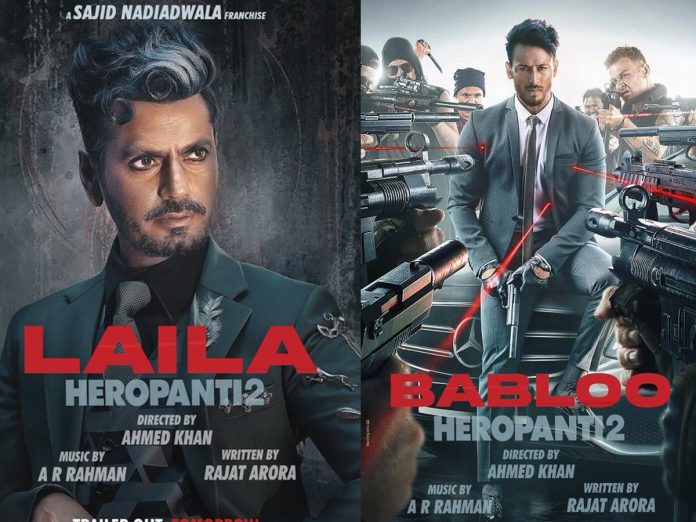 One of the brilliant actors of India, Nawazuddin Siddiqui plays a negative role in Heropanti 2. In this action thriller, Tiger Shroff is the lead actor, Tara Sutara is the female lead. Today, the team has revealed the first look posters of the lead actors including their roles.

In Heropanti 2, Nawaz will be seen as baddie ‘Laila’, Tiger as ‘Babloo’, and Tara Sutaria as ‘Inaaya’. The trailer of Heropanti 2 will be released tomorrow on 17th March 2022 in a grand event. This action movie will be released on 29th April 2022, the eve of Eid.

Heropanti 2 is all set for the clash with Superstar Ajay Devgn, Rakul Preet, and Legend Amitabh Bachchan’s Runway 34. Heropanti 2 is written by Rajat Arora, produced by Sajid Nadiadwala, music composed by AR Rahman and directed by Ahmed Khan.