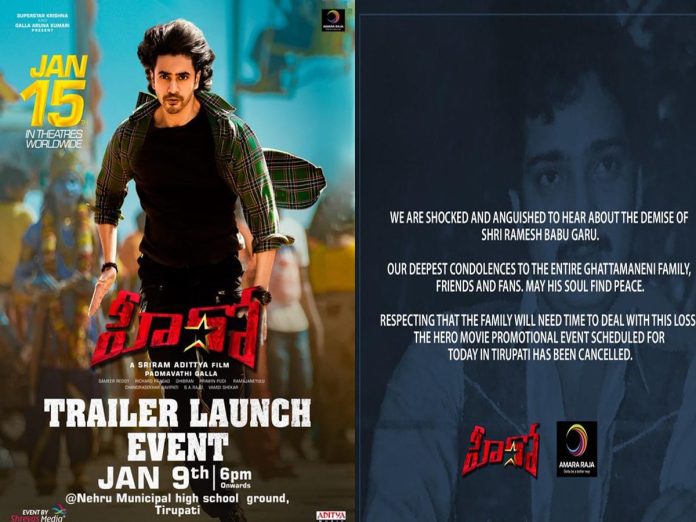 Superstar Mahesh Babu’s nephew, son of MP Ashok Galla’ debut movie trailer launch event is called off due to the sudden demise of Ghattamaneni Ramesh Babu. Last night, he passed away due to liver related issues. He was the son of Superstar Krishna.

Today, the Hero trailer launch event is grandly scheduled in Tirupathi. Ashok Galla impressed everyone with the intro teaser. especially his ease in body language didn’t reflect that he was the debutant.

Niddhi Agerwal is the female lead, music is composed by Ghibran, produced by Padmavathi Galla, written and directed by Sriram Adittya.

Hero is slated for the grand release on 15th January 2022.