Here is the guests’ list for the Hero pre-release event! 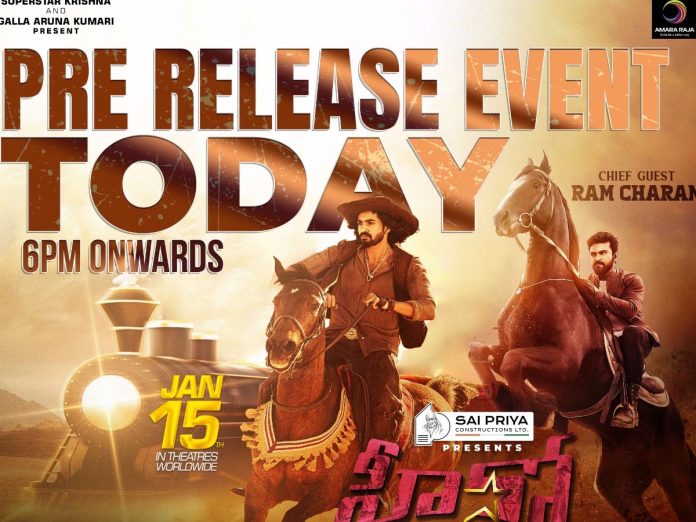 With Hero movie, Legend, Evergreen Superstar Krishna’s grandson, Jaydev Galla’s son, Ashok is all set for his Tollywood debut. He has impressed with the ease in acting and dances through whatever promotional content was released so far.

A couple of days before the grand release, Hero team is all set for the massive pre-release event today at Park Hyatt, Hyderabad. It was known that Mega Powerstar Ram Charan was the Chief Guest.

Besides Charan, Rana Daggubati, directors Siva Koratala, Siva Nirvana, Radha Krishna and Anil Ravipudi are gracing the event. The film is slated for the grand release on 15th January 2022.

Niddhi Agerwal is the female lead, music is composed by Ghibran, produced by Padmavati Galla, written and directed by Sriram Adittya.