Here is the date for Macherla Niyojakavargam’s first attack 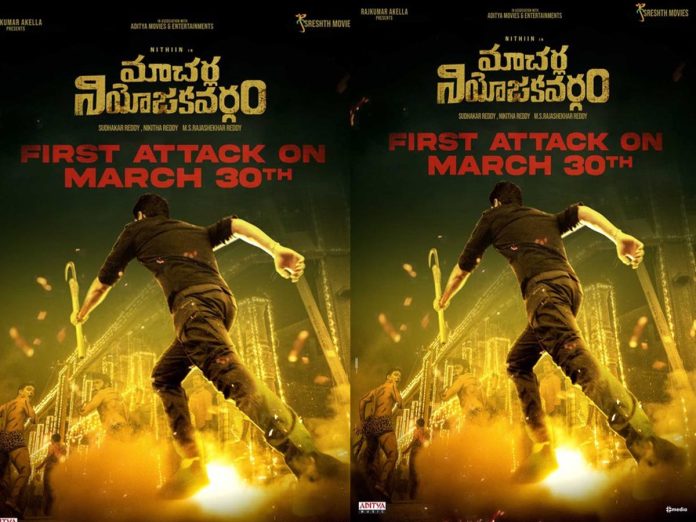 Now, in the first attack announcement, he has begun the hunt. Through the posters, the team Macherla Niyojakavargam hints that the carnival fight sequence glimpse will be released as the first attack.

In this action entertainer, Nithiin is playing the IAS Officer, Krithi Shetty, and Catherine Tresa are the female leads, music is composed by Mahati Swara Sagar, produced by Sresht Movies, written and directed by MS Rajashekhar Reddy.