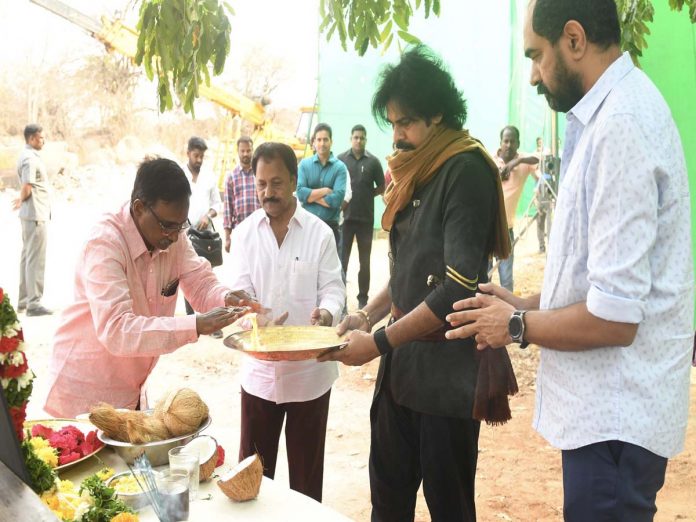 It’s back to back surprises for Pawan Kalyan devotees. After revealing Pawan Kalyan’ stunt rehearsing pictures, the team Hari Hara Veera Mallu stunned everyone by releasing the pre-shoot action video of Powerstar. In the video, he was phenomenal. Especially, the last shot, where Pawan Kalyan was determined to kick the box office records.

Today, another surprise. The team revealed the puja pics of HHVM team on the occasion of Sri Rama Navami. Before starting the shoot of Veera Mallu, Pawan Kalyan, director Krish, and producer AM Rathnam performed puja.

Pawan will complete all his portions in this schedule. Meanwhile, the Powerstar will take a small break and complete Janasena Raithu Yatra. Later, he will be part of HHVM until the shoot of his portions will be completed.