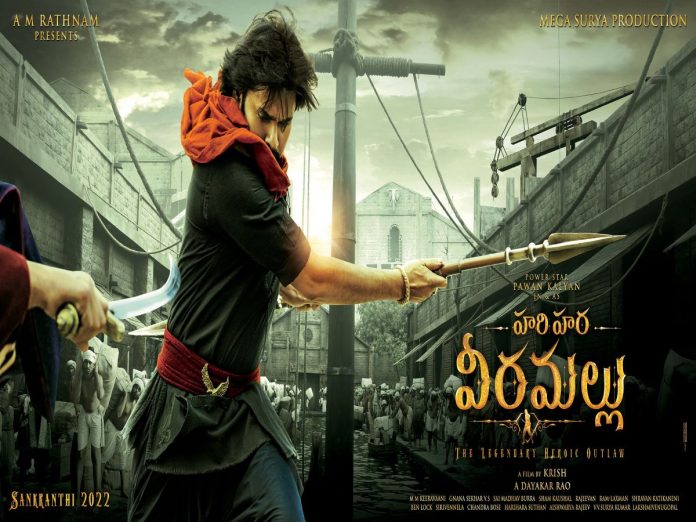 Powerstar Pawan Kalyan and director Krish Jagarlamudu are all set to resume the shooting of Hari Hara Veera Mallu which stalled due to Covid. Already, art director Anand Sai has been working on the sets.

According to the latest reports, HHVM will resume from 4th April onwards. Powerstar Pawan Kalyan has already been prepping for his role. With this schedule, Bollywood actors Arjun Rampal and Jacqueline Fernandez will also join the shoot.

So far, almost 50% of the shoot of HHVM has been completed. The film is produced by Legend AM Rathnam, music is composed by MM Keeravani, written and directed by Krish Jagarlamudi.