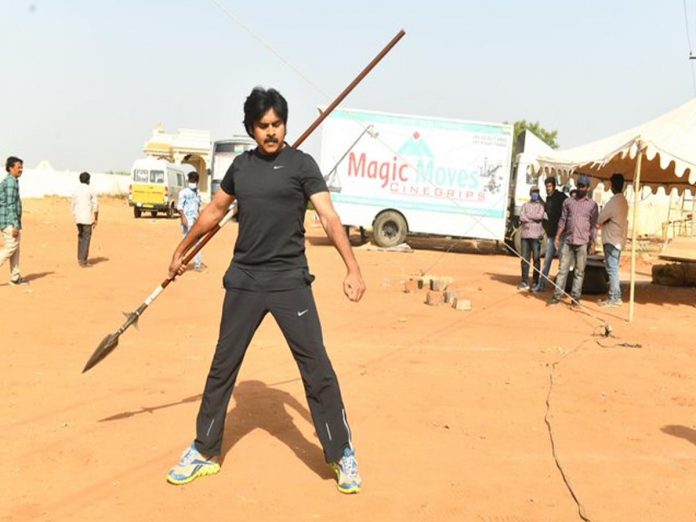 Sensible filmmaker director Krish who always thrive to tell some exciting stories has teamed up with Pawan Kalyan to bring an epic adventure on the big screen. Before the pandemic, the Kanche director has completed almost 50% shoot of the movie.

Due to Pawan Kalyan’ political schedules and Bheemla Nayak shoot, the movie was delayed. As per the reports, the shooting of HHVM started today in Hyderabad in absence of Pawan Kalyan.

Pawan Kalyan will join the shoot of Hari Hara Veera Mallu in a couple of days, on 8th April 2022. Later, he will take a short break and complete ‘Janasena Raithu Bharosa Yatra’. After the Yatra, he will completely focus on epic HHVM.

With this schedule, Bollywood actors Arjun Rampal and Jacqueline Fernandez are likely to join the shoot. The film is produced by Legend AM Rathnam.