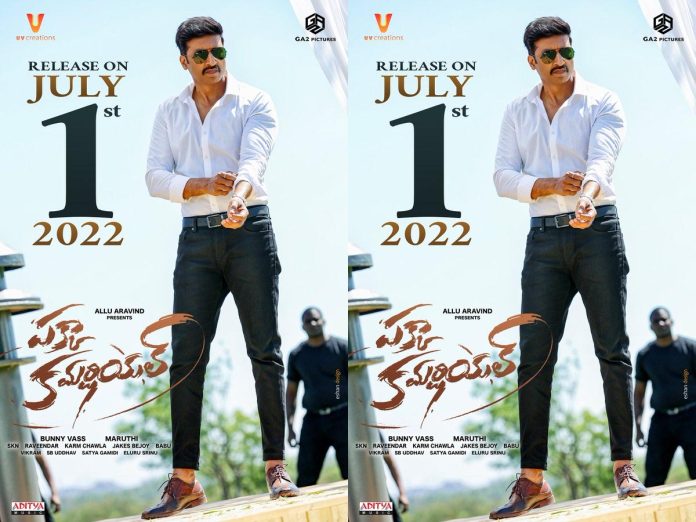 The teaser of Pakka Commercial was dropped recently and got good reception. For the first time, director Maruthi and Gopichand were teamed up for the comedy action entertainer.

Gopichand who was back on to success track with Seetimaarr has been confident that Pakka Commercial will carry the momentum. Raashi Khanna is the female lead, music is composed by Jakes Bejoy, produced by UV Creations and GA2 Pictures, written and directed by Maruti.