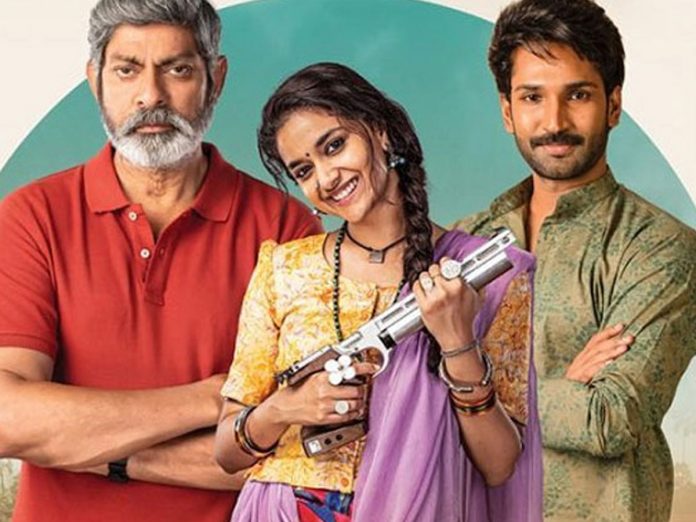 ‘Good Luck Sakhi’ hit the cinemas today in India and Overseas. The sports romantic-comedy, as expected, boasts of good performances put in by Keerthy Suresh and Jagapathi Babu.

However, director Nagesh Kukunoor is said to have failed to make a gripping semi-sports film. Adjectives like ‘flat’, ‘boring’ and ‘lackluster’ have been used to describe ‘GLS’ by film critics and on social media.

The director has worked with the likes of Devi Sri Prasad to make a sunny product. It seems, however, that the dubbing and sound design aspects have fallen flat. The film has come out at a time when the audience have watched ‘Akhanda’, ‘Pushpa’, ‘Shyam Singha Roy’ and ‘Bangarraju’ in theatres in recent weeks. It has to be seen how far ‘GLS’ manages to pick up at the box office.