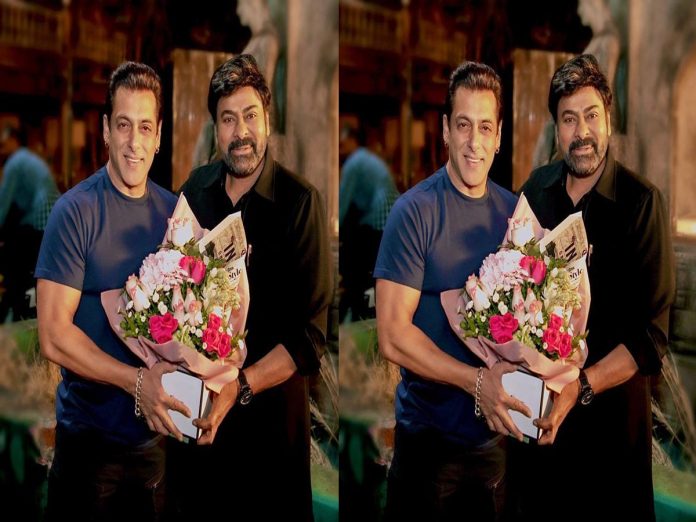 It was known that Bollywood Superstar Salman Khan gave a nod to work in Godfather due to his sheer love and respect for Megastar Chiranjeevi. Recently, the shooting of Godfather started at ND Studios, Karjat near Mumbai.

The director Mohan Raja confirmed that the shooting of Godfather Mumbai schedule was completed. He thanked Mighty Salman Khan for giving him memorable support. He also thanked Megastar Chiranjeevi for the pillar of support.