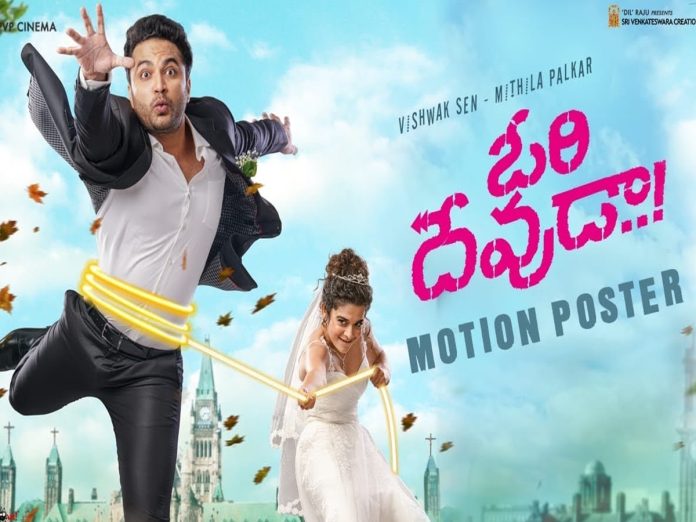 ‘Ori Devuda’, starring Vishwak Sen and Mithila Papkar in the lead, will hit the cinemas this Summer. Ashwath Marimuthu is wielding the megaphone.

The first song from the official remake of the Tamil-language ‘Oh My Kadavule’ was released today. Titled ‘Paathashala Loo’ and sung by the Armaan Malik-Sameera Bharadwaj duo, its lyrics are by Anantha Sriram. Composed by Leon James, the song establishes the childhood episodes of the lead characters.

The film has cinematography is Vidhu Ayyana. Also featuring Venkatesh Kakamanu, it has Sen in an entertaining role.