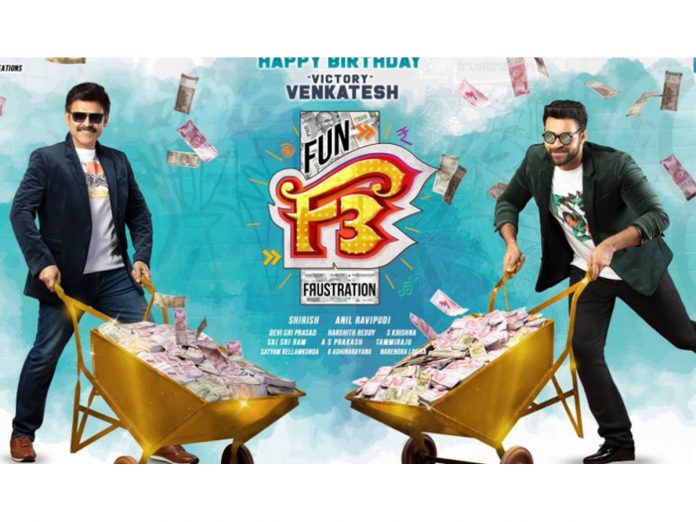 F3 team movie started its promotions even before two months of its release. Coming to the shoot details, the entire movie was concluded except for a song. This movie has been postponed several times due to Covid.

Recently, it has allotted its date for Bheemla Nayak and pushed back its release to 28th April 2022. With RRR’ release date, all biggies release dates have been reshuffled except for F3. And it will be released as scheduled without fail.