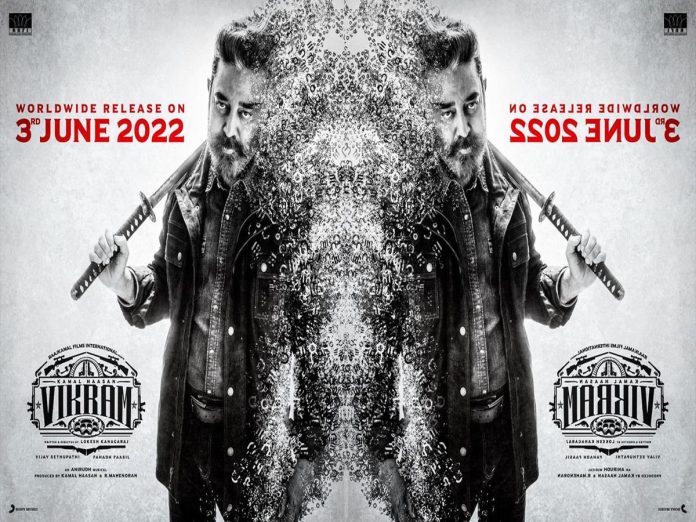 Universal Star Kamal Haasan and director Lokesh Kanagaraj’s Vikram shoot has been completed and its post production work is also going on at rapid pace. Over Vikram, there has been a crazy buzz circulating over social media as Legend Amitabh Bachchan will be seen in a key role.

Big B will be seen in the second half in some crucial scenes. If this buzz is true, it will be his first Tamil film. Earlier, Amitabh did a movie Uyarntha Manithan with SJ Surya. This film didn’t release due to some reasons.

In Vikram, Vijay Sethupathi and Fahadh Faasil in other pivotal roles, music is composed by Anirudh Ravichander, produced by Kamal Haasan under Raaj Kamal Films International, written and directed by Lokesh Kanagaraj.

Vikram is slated for the grand release on 3rd June 2022 in Telugu, Tamil, and other languages.