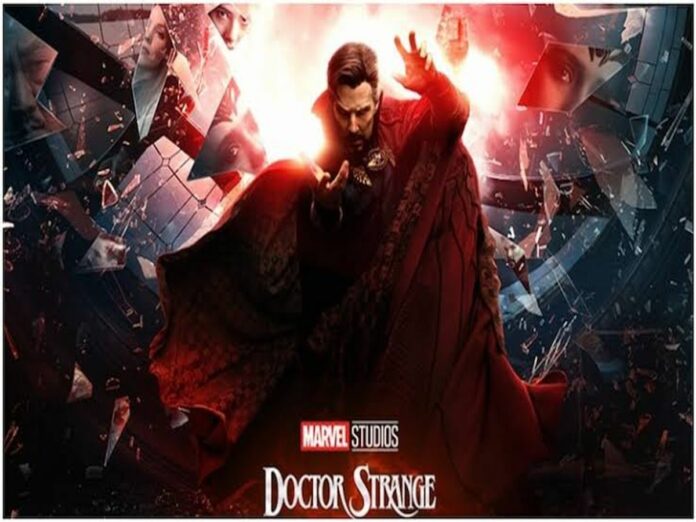 Marvel Cinematic Universe has brought the television style episodic storytelling to films. Each film is connected to their next film and if you miss one there is a danger of not understanding the story continuity in the new movie. They have made 23 films in MCU till date and connected all the movies to each one. The latest MCU movie is Doctor Strange in the Multiverse of Madness. Elizabeth Olsen is added to the cast of Doctor Strange as Scarlett Witch and Benedict Cumberbatch returned to play Doctor Strange. Horror legend Sam Raimi who started the Marvel superhero blockbusters with Tobey Maguire Spiderman trilogy returned to direct this one. Let’s discuss how is the movie.

Story: Wanda Maximoff (Elizabeth Olsen) looses her kids and love of life Vision after she releases the Hex. This story is elaborated in Marvel series, WandaVison. Her ulter ego Scarlett Witch starts searching for her kids in Dark Magic world. To bring them back to her world and never let them go back she needs the help of a superhero who can travel through all dimensions and she finds one, American Chavez (Xochitl Gomez). She decides to kill her off to capture all her power and travel through the dimensions herself. Doctor Strange has to start a travel through the Multiverse to stop Scarlett Witch. Did he succeed? Watch the movie to know more.

Analysis: Marvel has decided to include horror elements into their children friendly films by pushing the PG-13 line. May be for this ambition they might have brought on board Sam Raimi. While the director gave the movie an unique vision, writing confuses the viewers with so many scenes that involve too much of scientific facts and theories. Also, movie goes into exposition zone and does little with more exciting elements like Illuminati and Defender Strange, Zombie Strange, Evil Strange storylines. It feels like the filmmakers had so much on paper that they couldn’t condense it and make into a proper film. Still, this film is watchable for the visuals and continuity of Marvel Cinematic Universe story.

Under utilisation of interesting elements

Lack of clarity in direction

Too many plot holes.