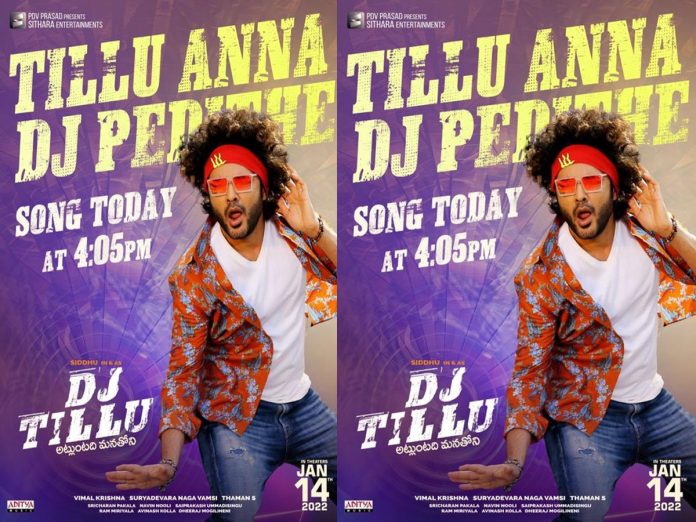 ‘DJ Tillu’ is set to hit the cinemas either for Sankranthi or Republic Day. On Thursday, Sithara Entertainments unveiled a peppy song from the movie.

Sung and composed by Ram Miriyala, who recently composed a hit song for ‘Pushpaka Vimanam’, the number has lyrics by Kasarla Shyam. There is an element of spontaneity in it and the song has celebratory vibes.

Starring Sidhu Jonnalagadda as the hero, the film has BGM by S Thaman, who started working on the score the other day. Starring Neha Shetty as the heroine, it has other songs composed by Sricharan Pakala. Written by Sidhu and Vimal Krishna, the film is directed by the latter.