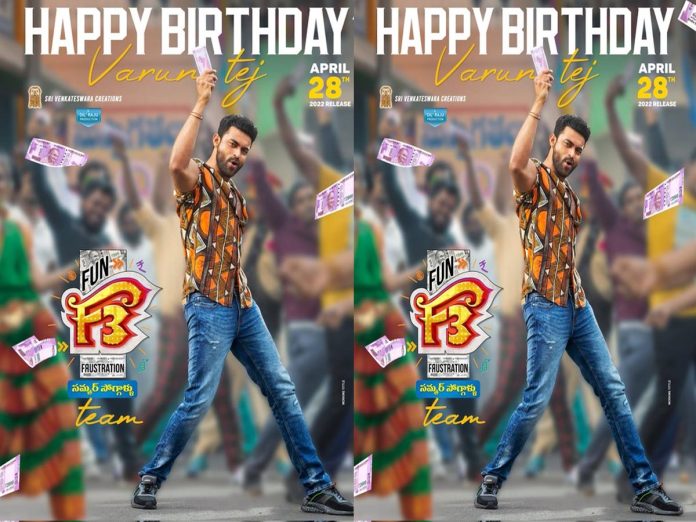 ‘F3’ was supposed to hit the cinemas on February 25. The date has been chosen by ‘Bheemla Nayak’. And the new date of ‘F3’ became April 29 earlier this month.

On Wednesday, marking Varun Tej’s birthday, Dil Raju’s Sri Venkateswara Creations announced a new date. The comedy entertainer has been moved from April 29 to April 28, which is the latest release date.

The Summer release is expected to become a big hit. With comedies like ‘Bangarraju’ doing very well, ‘F3’ has great chances of doing shockingly good.

Starring Venkatesh and Varun Tej, the film is directed by Anil Ravipudi. Its music is by Devi Sri Prasad.