‘Dear Comrade’ has a new record up its sleeve 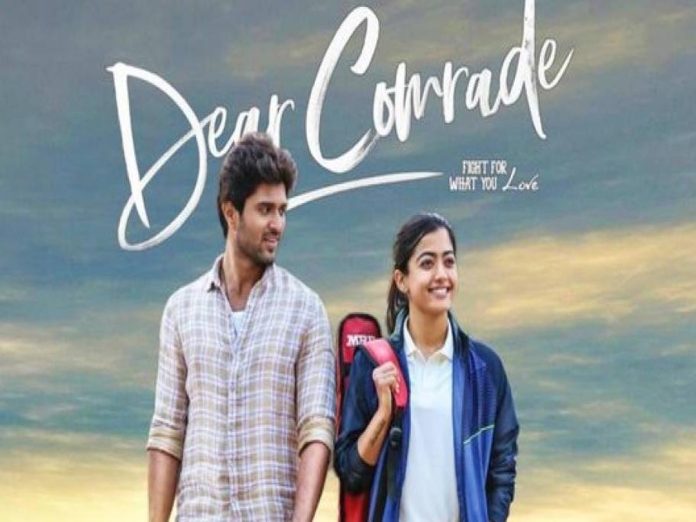 Vijay Deverakonda’s ‘Dear Comrade’, which hit the cinemas in 2019, was directed by Bharat Kamma. The Hindi dubbed version of the romantic action drama has scored a record.

The team of the film today revealed that the film has become the first dubbed film to clock 3.5 million Likes on YouTube. So far, the Vijay-Rashmika Mandanna starrer has clocked 300+ Million views.

Produced by Mythri Movie Makers, ‘Dear Comrade’ had Shruti Ramachandran, Raj Arjun, Suhas and others in other roles. Its music was by Justin Prabhakaran.
The director of the movie is the show-runner of ‘Bhama Kalapam’, which is going to be streamed on AHA from January 21.