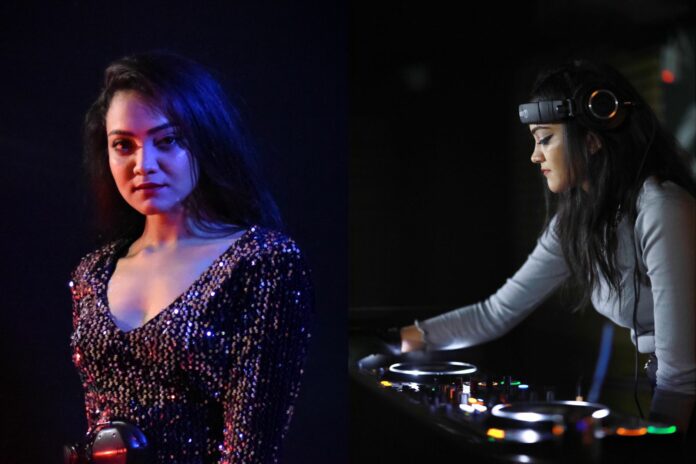 Indians have been going crazy with the outrage of Electronic Dance Music (EDM) being played by the most talented DJs over the past few years. Genres like Trance, Hip-hop, House, Drum & Bass have become mainstream and are taking the young and urban population by storm. Even though there were a number of good DJs from the start, the descendants of the DJ Clan of today are making quite a difference. Meet Nagma Ashraf Daula also known as DJ NAD.

Nagma is currently one of the best DJs in Hyderabad known for Bollywood. She is quite famous for her technique in Hip-hop and House. Even after nine years of a successful career as a DJ and music producer, she still considers herself a learner. Whenever she gets some time or feels bored, she goes to her Guru DJ Pratap to explore new parts of music. When you ask her what’s the best part about being a DJ she says, ” Uplifting someone’s spirit to dance and enjoy themselves with my music, getting appreciation from people whom I don’t know for my mixing and talent are the best possible outcomes even at worst. My name is NAD(Nagma Ashraf Daula) and I make people MAD with my music”.

Nagma started to work at the age of 16 as a PR and an event organizer but she was always passionate about being productive. Admiring her taste in music, her well-wishers suggested her to try DJing. But she knew it was a difficult task for her. It took a little while but she got along with it sooner than expected even when there were many opposite forces whispering DJing isn’t a proper career. “Even today I face many people who comment that I am just a female DJ who plays videos from youtube. But when they come to my show they immediately get shocked and say that they’ve never heard a female DJ mixing and playing so well. Everyone has a talent and Time answers everyone accordingly. Frankly speaking there shouldn’t be any bias such as a female DJ and a male DJ. I don’t play Telugu because I don’t really know the language but I would really love to learn“, she says.

Nagma was titled The Best Female DJ 2019 consistency by TAA and was also awarded by Military and Abhijeet Bhattacharya. Even though she has to stay out late at night most of the time, she makes sure that there is no after partying and reaches home safely. Surprisingly she only prefers home food and strictly no outside junk. She always takes care of her mental and physical health without fail. Her philosophy is that Early to bed, and early to rise; make a person healthy, wealthy, and wise. She works in an MNC during the day and still manages to freelance in private gigs and corporate events. She said that ” I am so lucky to have a family that supports with every decision I make and is blessed to have such caring friends and colleagues who always root for her to reach heights”.

Nagma says that her favorite DJ in the world is Salvatore Gannacci and in India, she likes DJ Piyush Bajaj and her Guru DJ Pratap. Apart from being a DJ, NAD is also a state-level Hockey player and a Basketball athlete. She has finished 22 courses in lockdown and is now doing her MBA in distance. She says when people want to do what they dream, they have to follow their dreams but should never quit their education. Her goal is to be on a platform where everyone in the world sees her.