‘Bulldozer’ gets highlighted in UP elections 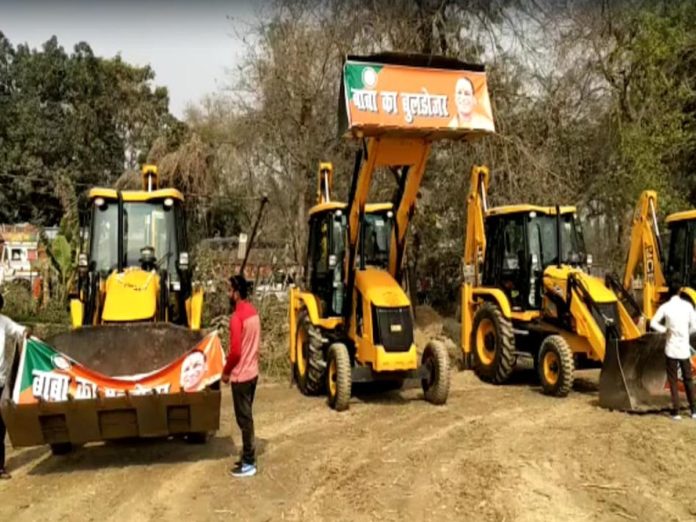 In the context of the Uttar Pradesh elections, the term ‘bulldozer’ has been mentioned more often than not. Why is it being heard so often?

‘Bulldozer’ refers to the iron-fisted approach of the Yogi Adityanath government to put mafia leaders and goondas in their place. The properties of mafia leaders have been bulldozed over literally. Commoners refer to the Yogi government as a ‘Bulldozer sarkar’.

The BJP has been highlighting this term from the top to the bottom level in wooing voters. Women voters are said to be increasingly favouring the saffron party for ending goondaism in the state.