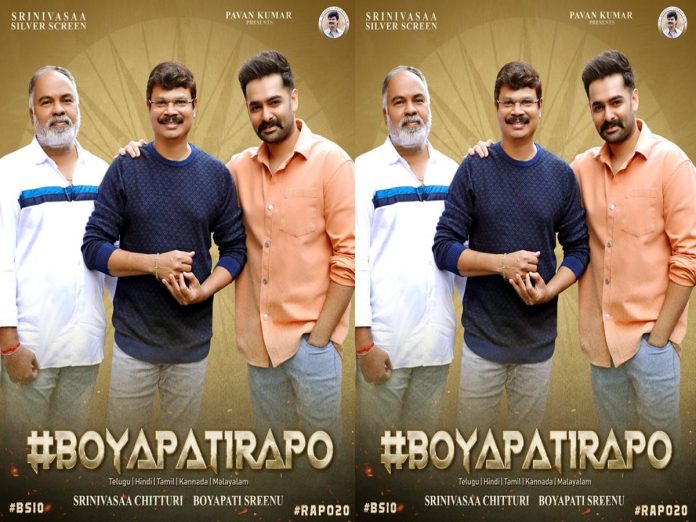 After the debacle of Vinaya Vidheya Rama, director Boyapati Srinu is back with a bang with Nandamuri Balakrishna’s Akhanda. Akhanda created a huge sensation at the box office.

Now, he has been teaming up with Energetic star Ram Pothineni for the pan India film. And it is tentatively titled ‘RAPO 20’. RAPO 20 will be produced by Ram’s The Warrior production house, Srinivasaa Silver Screen.

The director Boyapati Srinu will present Ram Pothineni in a never before avatar. The energetic mass film will be released in Telugu, Tamil, Hindi, Kannada, and Malayalam.

Regarding RAPO 20, official details including the opening ceremony will be disclosed soon.