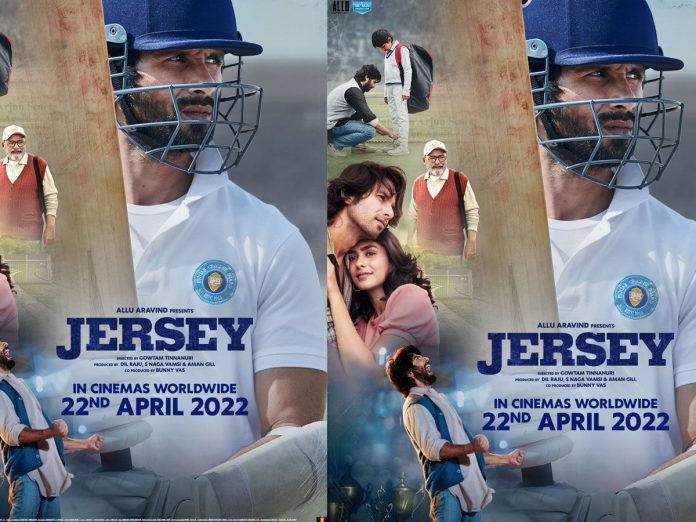 Tollywood’s hit film remake which is now Bollywood’s most awaited film, JERSEY was all set to be released this week but the makers have postponed it to April 22nd. Where everyone thought it was just a safe step to not get into competition with KGF 2 & Beast. The latest reports were surprising. A man named Rupesh Jaiswal has filed a case against the makers stating that the Jersey story was written by him.

The writer said that he wrote the story in 2017 and has also registered in the Film writers association with the name, “ The Wall”. Few people got hold of the story in some possible ways, edited it, and made profits by making film in Telugu and the same is happening now in Bollywood.

The film is being directed by Gautam Tinnanuri with the star cast Shahid Kapoor and Mrunal Thakur. It’s being produced by Aman Gill.