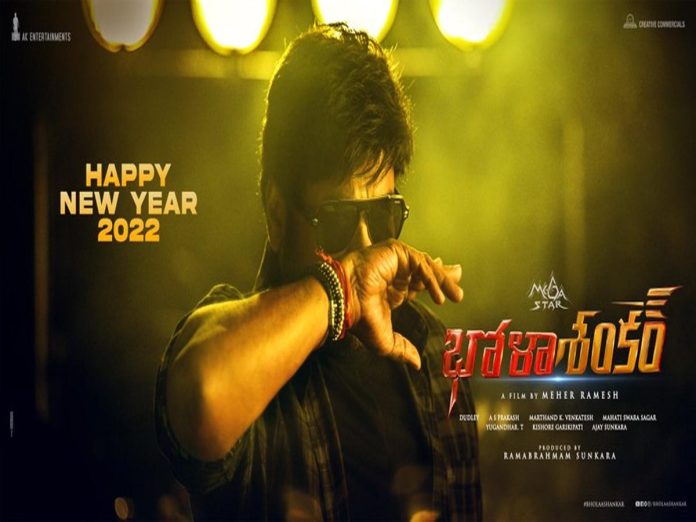 On the eve of Maha Shivaratri, here is an exciting delight for mega fans. The first look of Mighty Megastar Chiranjeevi as Bholaa Shankar will be released. Yes, Bholaa Shankar first look is confirmed for the release on 1st March at 9:05 AM.

This first look is going to be an eye-feast for all mega fans. Bholaa Shankar is an official remake of Thala Ajith and director Siva’s Vedalam. The director Meher Ramesh made ample changes to the script that match Megastar’ image and connect Telugu audiences.

The director Meher Ramesh has completed a song, a fight, and some key scenes on Megastar Chiranjeevi. Recently, Anchor Srimukhi joined the shoot of Bholaa Shankar.

The film is produced by AK Entertainments, music is composed by Mahathi Swara Sagar, and directed by Meher Ramesh.