Bheemla Nayak to strike a day earlier on OTT 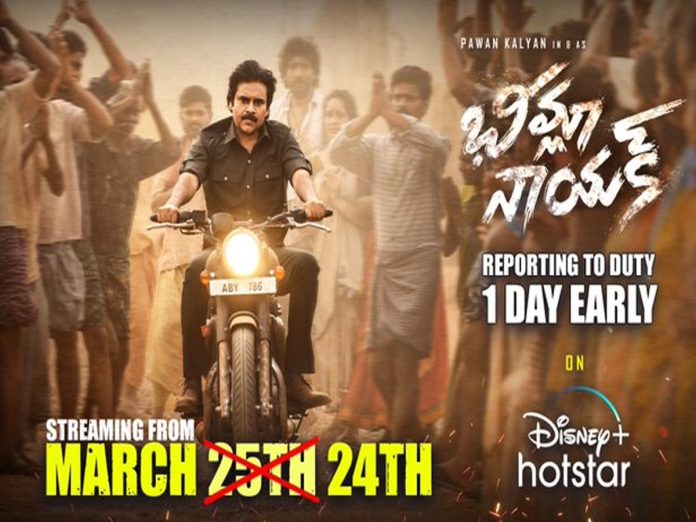 Powerstar Pawan Kalyan’s Bheemla Nayak is all set to reign the OTT platforms after the box office. Despite political hurdles, Bheemla Nayak has become an above average film with minor losses. It collected over 103cr share worldwide, which was the first 100cr share for Pawan Kalyan.

Bheemla Nayak was earlier scheduled to release on OTT platforms Disney Plus Hotstar and Aha Video on 25th March 2022. Aha Video held a contest for fans to win the bike of Powerstar that was used in Bheemla Nayak.

Due to the heavy demand, Bheemla Nayak was released on OTT platforms a day earlier. Yes, Bheemla will arrive on 24th March.