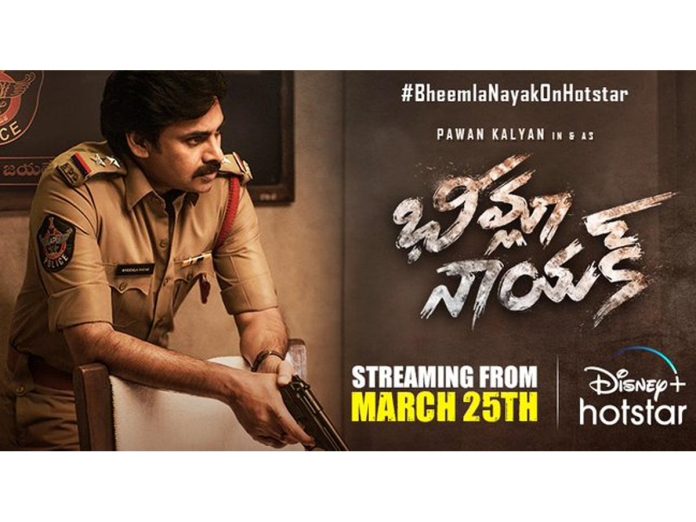 After conquering the big screens, Powerstar Pawan Kalyan is all set to dominate OTT platforms as Bheeml Nayak. Yes, for the first time in the history, a film has been releasing simultaneously on two OTT platforms.

Bheemla Nayak is releasing on Disney+ Hotstar and Aha Video on 25th March 2022 at 12:00 AM. Aha Video is all set to release a new trailer. Bheemla Nayak surpassed 100cr share despite facing all odds.

This action entertainer is the first 100cr share movie for Powerstar Pawan Kalyan. As Daniel Shekar, Rana Daggubati earned a lot of fame. This film is an unforgettable film to fans. And it became a grand debut for the beautiful Samyuktha Menon.