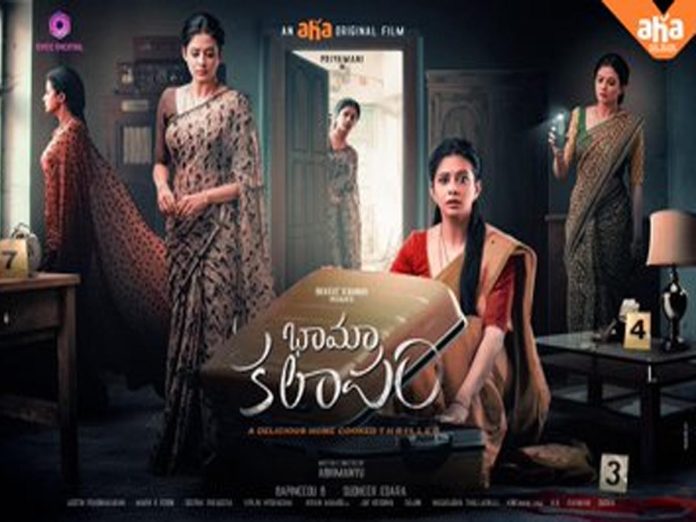 ‘Bhama Kalapam’, starring Priyamani and John Vijay, is streaming on Aha. Released this Friday, the thriller has been given positive reviews by most critics.

Directed by Abhimanyu T, the thriller is about a housewife (Anupama) getting into the crosshairs of a businessman, a gangster, and a pastor. The performances are able, and the music (by Justin Prabhakaran and Mark K Robin) is a major plus.

This one is one of the rare Telugu-language OTT originals to be liked by the audience and critics alike.

There is also a section of audience who are saying that ‘Bhama Kalapam’ is too conveniently written. “It lacks believability” is their refrain.