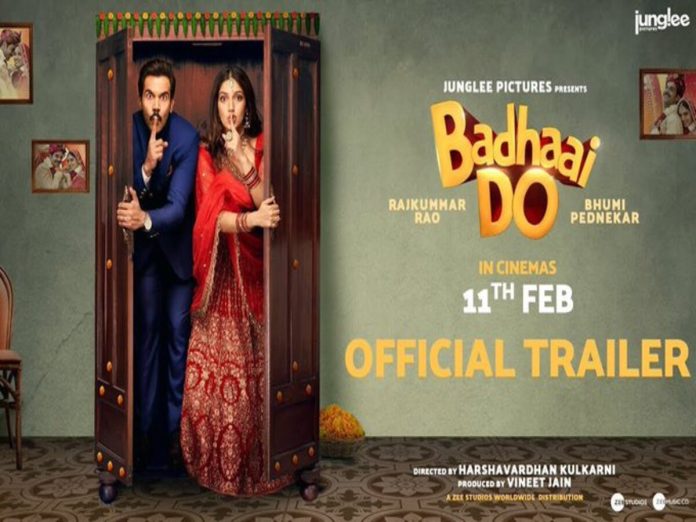 ‘Badhaai Do’ is an upcoming Hindi-language comedy-drama headlined by Rajkummar Rao and Bhumi Padnekar. The former is a cop, while the latter is a PET teacher at a school. She is a lesbo and has been ducking marriage. At 31, she is wooed by the male lead, who agrees to marry her despite knowing well that she is a lesbo.

Also featuring Seema Pahwa, Sheeba Chaddha, Lovleen Mishra, Nitesh Pandey, Shashi Bhushan, Chum Darang and Deepak Arora, the film is helmed by Harshavardhan Kulkarni. Produced by Vineet Jain, its story is by Akshat Ghildial and Suman Adhikary. Along with the story writers, the director has penned the screenplay Harshavardhan Kulkarni.

Swapnil S Sonawane has cranked the camera, while editing is by Kirti Nakhwa.
Production Design is by Laxmi Leluskar. Amit Trivedi, Tanishk Bagchi, Ankit Tiwari and Khamosh Shah have composed the music.