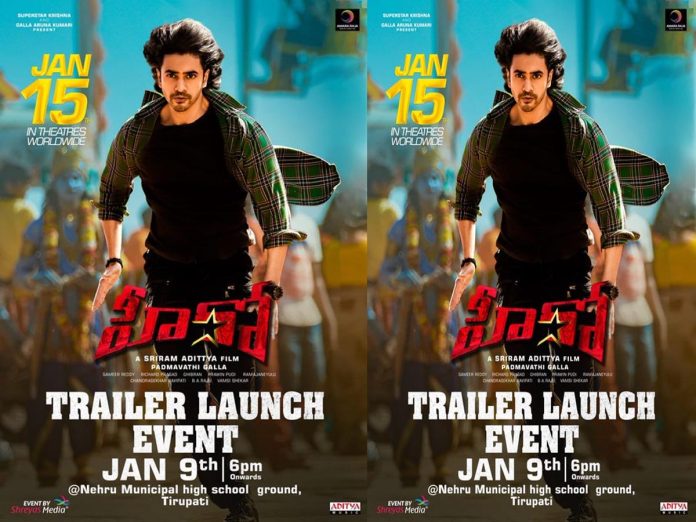 Ashok amazed one and all with his terrific performance in the teaser of the movie, wherein he showed his dancing skills in a Rap song. The melody song Acha Telugandame too became a chartbuster. Now, it’s time for the trailer launch.

Hero’s Trailer launch event will take place on January 9th at Nehru Municipal High School Ground in Tirupati. This is going to be a grand gala.

Director Sriram Adittya is presenting Ashok Galla in a challenging role. Hero is another unique film from the director.

Nidhhi Agerwal is the leading lady opposite Ashok Galla. Jagapathi Babu plays a vital role and Naresh, Satya, Archana Soundarya will be seen in supporting roles.

Ghibran scored a chartbuster album, while Sameer Reddy and Richard Prasad are the cinematographers. Chandra Sekhar Ravipati is the Executive Producer.