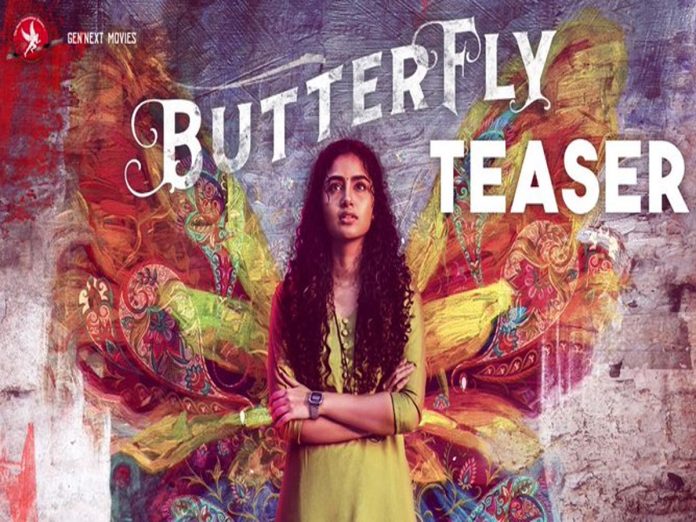 Anupama Parameswaran who has been popular for her the girl next door and homely roles has broken the shackles by going bold in Rowdy Boys. Anupama for the first time did a liplock in Rowdy Boys. And she also did a strong and bold role in a short film Freedom @Midnight.

With the aforementioned films, Anupama  clearly indicated that she is ready for any sort of roles and films. As part of it, she opted for a thriller ‘Butterfly’. The teaser of Butterfly has been out.

The teaser depicts that Anupama has been looking for the answers that are haunting her. The director Ghanta Satish Babu said through the teaser don’t believe your eyes and brain. The Butterfly teaser is intense and intriguing.

It seems the debutant director has been bringing up some refreshing thriller with Anupama as main lead. Butterfly also features Bhumika, Nihal Kodhaty, music is composed by Arviz and Gideon Katta, produced by Gen’nexT Movies, written and directed by Ghanta Satish Babu.