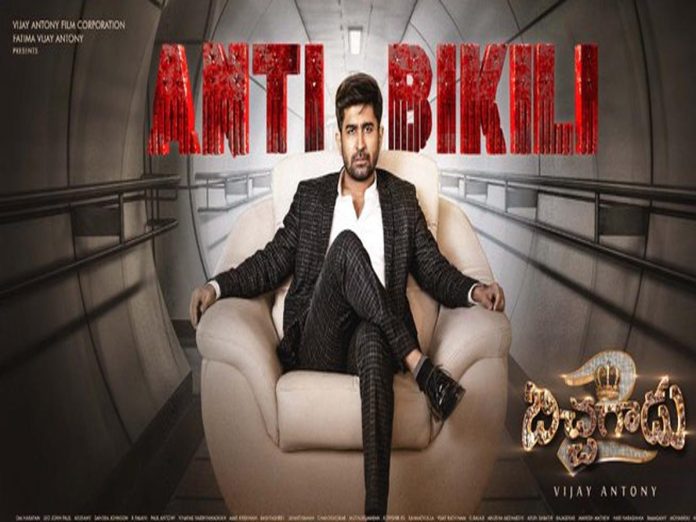 For the past few days, there has been an interesting trend going on about ‘Bikili’ and ‘Anti Bikili’ by Vijay Anthony and his team. Today, he finally ended the suspense by revealing his first look as ‘Anti Bikili’ in Bichagadu 2.

But the team left the puzzle, “Who is Bikili?” Now, everyone is racking their brain to find out who he is. 6 years back, Bichagadu was released and created a huge sensation in Telugu states.

Now, its sequel is in progress. The film is produced and directed by Vijay Anthony. The other details about this project will be revealed soon.