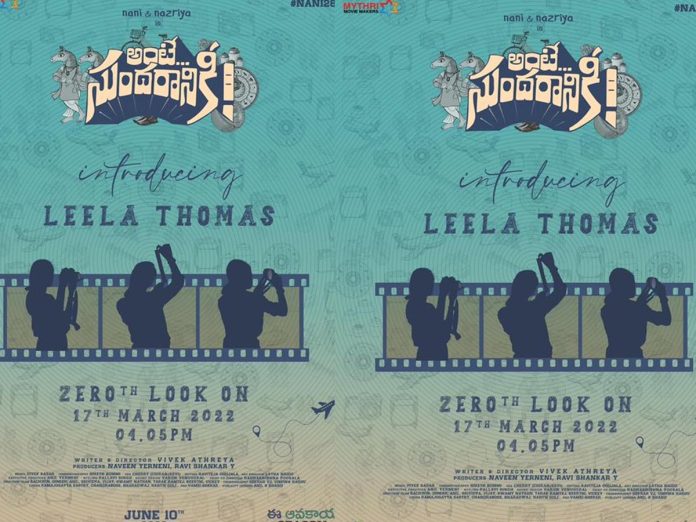 With the first look and teaser of Natural Star Nani, Ante Sundaraniki has become successful in gaining the attention of fans and movie lovers. The shooting of the film was completed and its post production is also almost completed.

Mr Sundar is all set to unveil the zeroth look of Nazriya Fahadh on 17th March 2022 at 4:05 PM. In this crazy comedy family entertainer, Nazriya is playing the role of Leela Thomas. It is her Tollywood debut. She became popular down South with director Atlee’s Raju Rani movie.

Ante Sundaraniki is confirmed for the grand release on 10th June 2022.