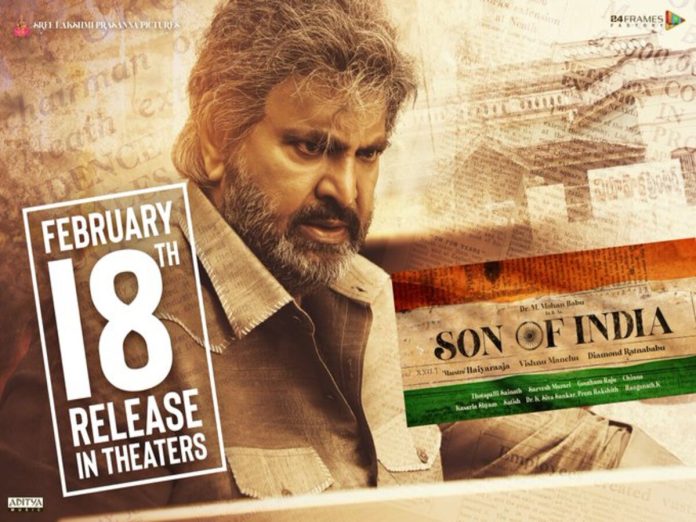 ‘Son Of India’ has locked its release date. The political and action drama will hit the cinemas on February 18.

There are speculations that senior actor Mohan Babu, who has been in politics in the past, is going to mouth some truth bombs in the form of sharp dialogues and punch lines in the movie. He is outspoken and doesn’t mind offending people. Dialogues of political nature are expected to be there in the film.

Director ‘Diamond’ Ratna Babu is believed to have infused lines that mirror Mohan Babu’s thinking. The film will be free of controversial dialogues, though.
Produced by Vishnu Manchu, its music is by Maestro Ilaiayraja.