Ala Vaikunthampurramlo Hindi release is cancelled 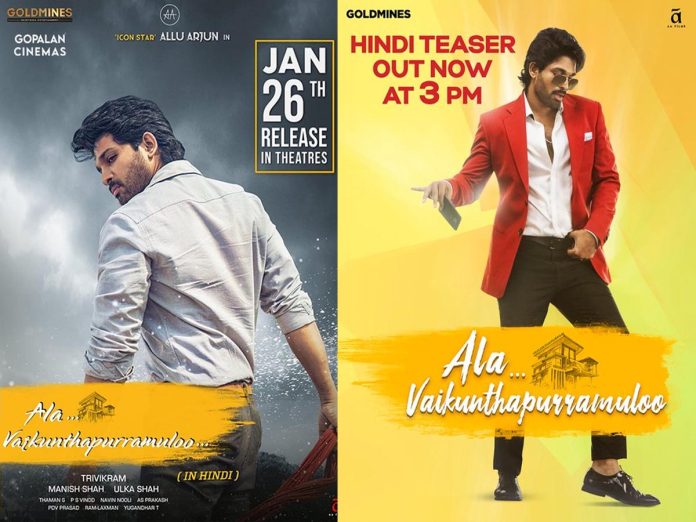 After the huge success of Pushpa The Rise, Goldmines Telefilms chief Manik Shah announced the release of Ala Vaikunthapurramlo Hindi release date to encash the craze of Allu Arjun in Bollywood. But Mr Shah withdrew that decision now after Shehzada movie makers’ request.

It was known that Shehzada was the official Hindi remake of Ala Vaikunthapurramlo. If AVPL Hindi dubbed version releases in theatres, it will definitely impact the box office of Shehzada. And fans will apparently draw comparisons between Allu Arjun and Kartik Aaryan followed by the making of the movie.

Keeping all aspects, Shehzada producers convinced Manik Shah to cancel the release of AVPL Hindi. As per the reports, they’ve paid 8cr to Manik Shah and also promised to give him the credits as the presenter.