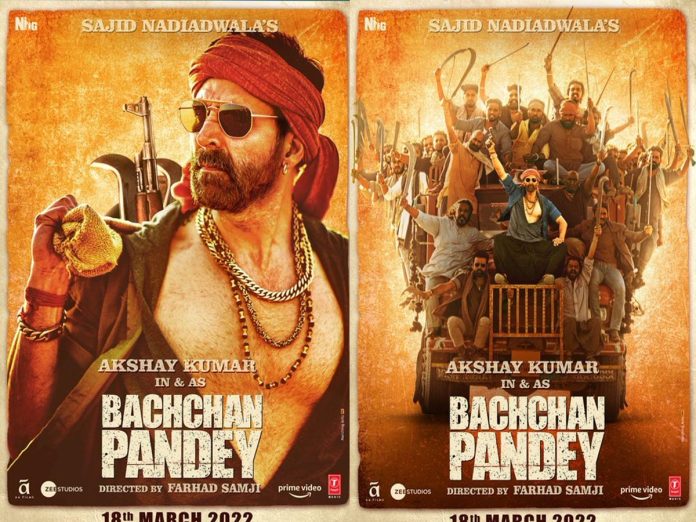 The latest Hindi-language film to announce its release date is ‘Bachchan Pandey’. Starring Akshay Kumar in the lead, it will hit the cinemas on March 18.

Sharing the release date news, the ‘Bell Bottom’ actor said that the film is loaded with action, comedy, romance, and drama. Directed by Farhad Samji, the multi-genre film is written by Nischay Kuttanda and Farhad Samji.

Produced by Sajid Nadiadwala, ‘BP’ also features Kriti Sanon and Jacqueline Fernandez, whose source recently said that she was never enlisted for Nagarjuna’s ‘The Ghost’ due to issues surrounding remuneration. Arshad Warsi, Pankaj Tripathi, Prateik Babbar, Abhimanu Singh, and others have played other roles in the movie.

March 18th is also the rumoured release date of ‘Radhe Shyam’. It has to be seen who will arrive and who will blink!