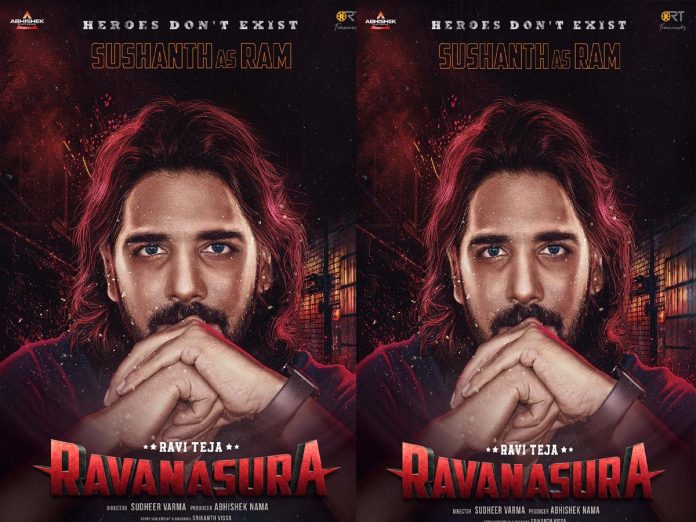 It was known that Mass Maharaja Ravi Teja was lined up with exciting projects. Of them, Tiger Nageswara Rao and Ravanasura were the two projects that Ravi Teja fans were most excited about.

Just a few moments back, the team Ravanasura made an exciting announcement. After Ala Vaikunthapurramlo, Akkineni hero Sushanth is part of Mass Maharaja’s Ravanasura. The team Ravanasura revealed his first look and he is ‘Ram’ in this crazy project.

In the first look, Sushant seems in contemplation and he has blue eyes with long hair. This film is directed by Sudheer Varma, produced by Abhishek Nama under the banner Abhishek Pictures in association with RT Team Works.