Akhanda to release in Tamil 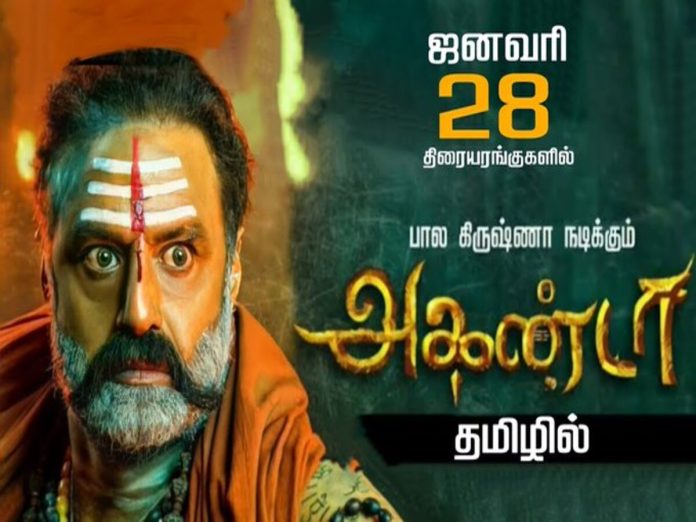 Legend Nandamuri Balakrishna and director Boyapati Srinu’ Akhanda has been creating more sensation even after its release on OTT. After Akhanda was released on Disney Plus Hotstar, there has been a huge demand to dub this film in other languages including Hindi, Tamil, and Malayalam.

After millions of requests from movie lovers across the nation, Disney Plus Hotstar decided to dub Akhanda in other Indian languages. The Tamil version of Akhanda will be released on 28th January 2022.

A renowned Tamil critic Prashant Rangasamy watched Akhanda in Telugu and impressed by the way, the director Boyapati dealt with issues like deforestation, mining danger etc., And he also lauded the background score of SS Thaman.

Akhanda became the highest viewed film in 24 hours in the history of Tollywood.