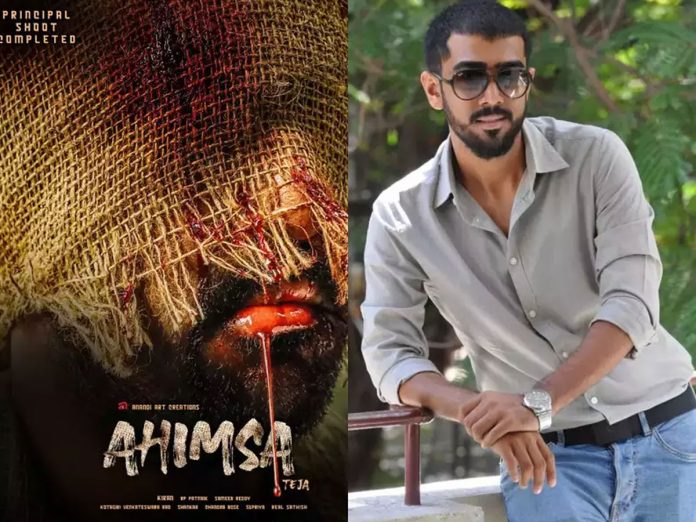 At a time when Rana Daggubati awaits the theatrical release of ‘Bheemla Nayak’ on February 25, his younger brother Abhiram Daggubati is in the news over his debut movie, which is a Teja directorial. Today, on the occasion of Teja’s birthday, the pre-look of ‘Ahimsa’ was released.

The title means non-violence but the poster exudes ‘himsa’. Teja seems to have cast the newcomer in the role of an underdog who goes on to become violent due to circumstances. ‘Jayam’, which marked the debut of Nithiin, had similar markers.

‘Ahimsa’, to be released later this year, is produced by P Kiran and its music is by RP Patnaik. “The shoot was completed last year. Currently, we are handling post-production works,” the makers said.